January 8, 2015 – A couple more quiet cold days in Newburgh and we are off again.

We took a new route.  Ignore this boring paragraph since it’s for my information. New York State Thruway to the Garden State Parkway (Exit 14A), to the New Jersey Turnpike (I-95), to US 13 after crossing into Delaware, to US 301 through Maryland.  We stayed on 301 until we intersected I-95 just above Doswell VA and that was a mistake. Next time try US 50 to I-95.  That would bring us much closer to the Washington, D.C. chaos, but we drove 60 miles through lots of traffic lights staying on 301 too long.  Barring delays the interstate would probably be much faster.  Of course timing is everything when near the big cities.

Our new route kept us on the east side of the mountains all the way to Cary NC.  It was a pleasant but cold drive.  We stopped in Doswell and got a motel, since the temperature was expected to be in the high single numbers, and then yesterday had a quick 200 mile drive to Connie’s.  I think this is the first time driving in or out of the Raleigh-Durham area that we didn’t get lost.  Hooray for us!

January 5, 2015 – Checked the weather for heading south and it wasn’t so good.  So we decided to hang around here for another couple of days.  A little reading, a little television, a nice dinner at home.  I discovered evidence of our hitchhiker from home…more mouse dropping in the Trek’s cooking cupboard.  Grrrr!

January 4, 2015 – When living in Northern Maine, one does forget all the fun things available in the real world. We awoke to a very foggy day after a night of rain.  After another yummy breakfast at a local diner and a visit to Adams, an indoor farmers market-like super store to walk off the breakfast, the four of us headed west 30 miles to Pennsylvania for a cigarette run, $44 a carton in PA vs. $110 in New York. It would have been a beautiful drive except for the fog, not enough to slow traffic but enough so we couldn’t see the scenery.

Back at the house for a rest and then out to dinner at a steakhouse, Schlesinger’s. This place has a cigar bar where you can still have a drink and a smoke inside. How do they do that? They have a walk-in humidor where tobacco products are sold and consequently were grandfathered to continue business as usual after the no smoking laws were enacted. So we had a drink and a smoke in the bar before moving to the non-smoking restaurant. Dinner was excellent, really fine salads, sides, and steaks. We can’t keep up with all this good eating and drinking or we’ll not be able to get in and out of Trek.

Had to be back home to watch the first episode of the season of “Downton Abbey”.

January 3, 2015 – A very laid back day.  After a great breakfast we all bundled up for a walking tour of the school campus.  About half way through, the snow started to fall so it was back home for an afternoon of movies and new (to us) TV shows.  Checked out “Rake” and “Doc Martin” for future treadmill walking and thoroughly enjoyed the French film, “Intouchables”.  The weather didn’t improve so we dined in on our favorite clam spaghetti dinner and chatted the evening away.

January 2, 2015 – Just the right distance for a nice day’s drive after a leisurely breakfast, Boston to Cornwall-on-Hudson, New York.  I-84 through Connecticut is always a challenge, lots of curves and maneuvering through the cities.  We stopped at Rein’s New York Deli in Vernon but the place was packed so we didn’t stay.  (For my own information, exit 65, open 7 AM to midnight everyday.) Definitely far superior to the service area fast food places.

We arrived at our friend’s near Newburgh, New York in late afternoon and spent the rest of the day talking, laughing, eating and drinking in a beautiful setting just off the Hudson.  I need a good long walk to work off all the goodness. 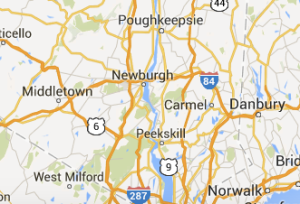 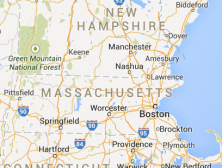 January 1, 2015 – Happy New Year!  We are on our way south for warmth and new adventures.  Left yesterday about 9 A.M. with the idea of driving 500+ miles to New York.  It sounded like fun in the morning but a call from the J’s in the afternoon made a stop over in Boston seem much more reasonable.  Great company, good food and drink, and a heavenly comfortable bed!  Can’t beat that.

Yikes!  Over a week since I blogged.  Most of that time was spent getting back to the east coast before the storms that caused havoc in the South.  One night in a Cracker Barrel outside of Memphis and another in a very noisy Wal-Mart in Cookeville, Tennessee.  Seems we caught them on prom night and the Wal-Mart parking lot was the town drag strip.  Girls in prom dresses, boys in tuxes, engine revving and squealing tires.

The next night we stayed at an awesome campground in Asheville, North Carolina, arguably the nicest campground we’ve seen, lots of trees, plenty of space between sites and very clean.  The only drawback was the lack of internet since it was tucked between the hills.

Then on to Cary, North Carolina for three windy and rainy days with Connie, our port in the storm.  Trek was due for an oil change and we also had the fan fixed and a belt replaced, the only repairs needed throughout the trip.

Okay, so I dropped the ball.  But I want to finish this post so that I can remember the last week of our adventure when I’m old and senile.

We left North Carolina and stopped at Appomattox Court House in Virginia, spending a pleasant afternoon at the restored town where Lee surrendered to Grant to end the Civil War.  Stayed at a nearby state campground which we had almost to ourselves and the next day we wandered the back roads of Virginia to Skyline Drive in Shenandoah National Park.  The trees and flowers were in bloom throughout the rolling farmland.  Beautiful!  When we reached the heights of the park the trees were just starting to bud which was okay because the views of the Shenandoah Valley to the west and the Piedmont to the east were spectacular.  About half way on the Skyline we stayed at the Meadows campground for the night.

Harper’s Ferry was next on the route north.  The lower town is being restored to its Civil War setting while the upper town is still inhabited.  The Shenandoah River and the Potomac converge here and there are steep cliffs on both sides of the lower village.  Many of the buildings of the time have been lost to flooding but there are restored shops and inns now open as museums.  Besides being the site of John Brown’s failed attempt to commandeer weapons for a slave uprising there are many other stories that took place here.  We would have liked to stay longer but the rains came so we pushed on to Gettysburg.

We have traveled through the Gettysburg area a number of times in our route to and from North Carolina over the past five years but never had the time to visit.  We went to the visitors center and got CDs for the auto trip around the town and the battlefield and spent the whole day wandering the area.  Fifty-one thousand people either died, were injured, or went missing in the three days of the Battle of Gettysburg.  There are monuments all along the roads to the many companies of soldiers who fought.  Why do we glorify war? Depressing to say the least.

After two nights in Gettysburg, we were anxious to get home.  Drove to Danville CT for the night and then to Brunswick, both Wal-Mart stops.  We arrived home about noon on May 7th.

It’s good to be home!

Treking Out
Create a free website or blog at WordPress.com.